The FENIX TROPHY is a ground-breaking international sporting event, promoted by the Milan-based football club Brera FC. Its inaugural staging has taken place between September 2021 and June 2022 between 8 non-professional clubs (each one paired with a charity partner), chosen for their exceptional social, historical and cultural distinctiveness. The competition has received UEFA’s approval.

The second edition, bound to begin in October 2022, will see a different format and an increased nuber of clubs and represented countries. 9 clubs from Italy, Spain, Poland, Belgium, Netherlands, United Kingdom, Denmark, Serbia, and Czech Republic will face each other in the FENIX Trophy 2022/2023.

The competition’s meaning goes beyond the simple football aspect. The FENIX Trophy is an experience of sporting exchange, meant to highlight best practices within non-professional football: sporting conduct, bonds with the local community, sustainability, use of technologies, and friendship among clubs.

The trophy’s symbol is a phoenix, the mythological bird that regenerates from its predecessor’s ashes: it stands as a metaphor and a wish for the rebirth of new football models. FENIX, however, also has meaning as an acronym.

FRIENDLY — The distinctive character of the competition is based on creating a friendly environment for clubs, players, and supporters. This marks a significant difference from professional tournaments, where the clubs are set in arbitrary opposition to each other.

EUROPEAN — The tournament aims to develop a cooperative network between some of the most important cities in Europe: Milan, Rome, Manchester, Amsterdam, Hamburg, Warsaw, Prague and Valencia. Tournament travel is designed to increase a sense of European belonging among participants and supporters.

NON-PROFESSIONAL — The idea of the focus on amateur clubs is to draw attention to alternative football models. The purpose is to show that such alternatives, full as they are of fans’ passion, can provide great sporting and social involvement.

INNOVATIVE — Such an event is unprecedented in the non-professional football world. An additional innovation is to bring clubs together based on affinity (in this case, being iconic clubs) rather than simply on football ranking (although the clubs are quite similar in their footballing level).

XENIAL — From the Ancient Greek xènos, the word indicates an attitude of hospitality towards strangers, maintaining a mutual respect of cultural differences. In each match, in fact, the away club is fully hosted by the home team. The competition intends to make this attitude the shared sentiment of the tournament – and expand this idea outwards. 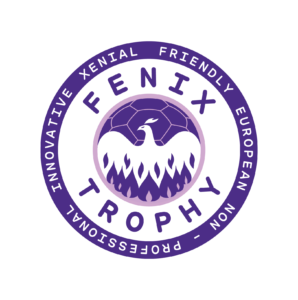